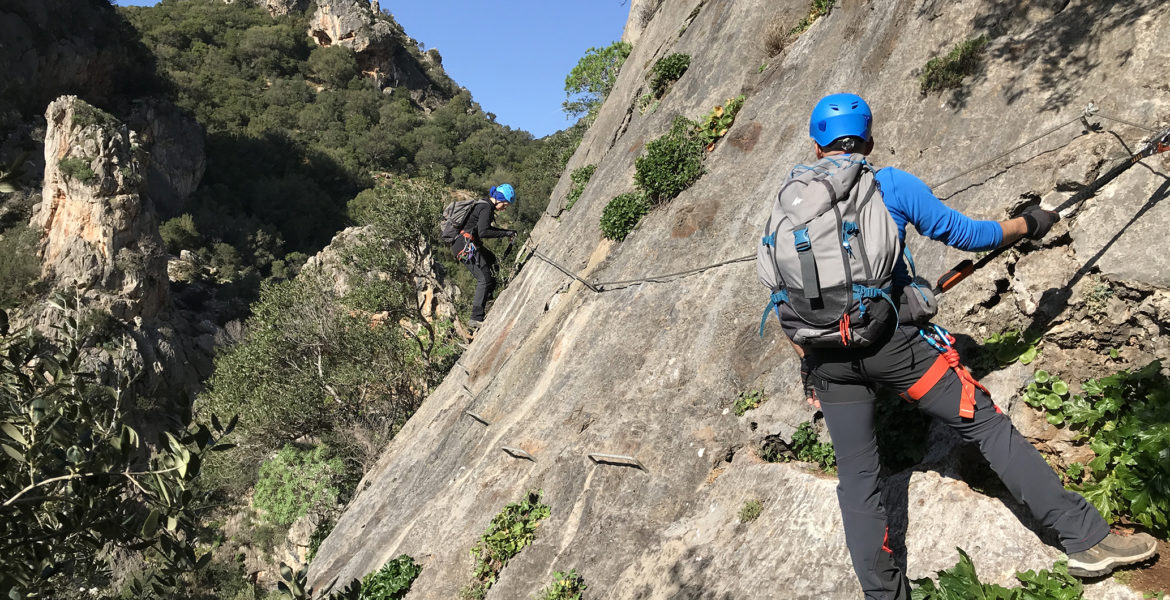 Gutturu Xeu (pronounced as “Seu”) s a limestone valley situated at the foot of the western slope of Punta Martineddu and Monte San Michele (906 m a.s.l.), just outside the town of Iglesias.

The via ferrata, which takes its name from the deep valley where it is located, is situated mainly on its left orographic side (on the right going up the valley) although another, slightly more demanding stretch was subsequently built on the opposite side.

The via ferrata is not particularly challenging, thus it can be easily tackled even if you are at your first vertical approach.

Further information
• The excursion on the left side lasts about 2 hours, which might be followed by – if you are up to it – the right side as well.
• Price per person starts from 45 €
• The price includes the necessary technical equipment (helmet, harness, via ferrata set with energy dissipators, gloves)
• Possibility to book a private tour (1-3 participants)