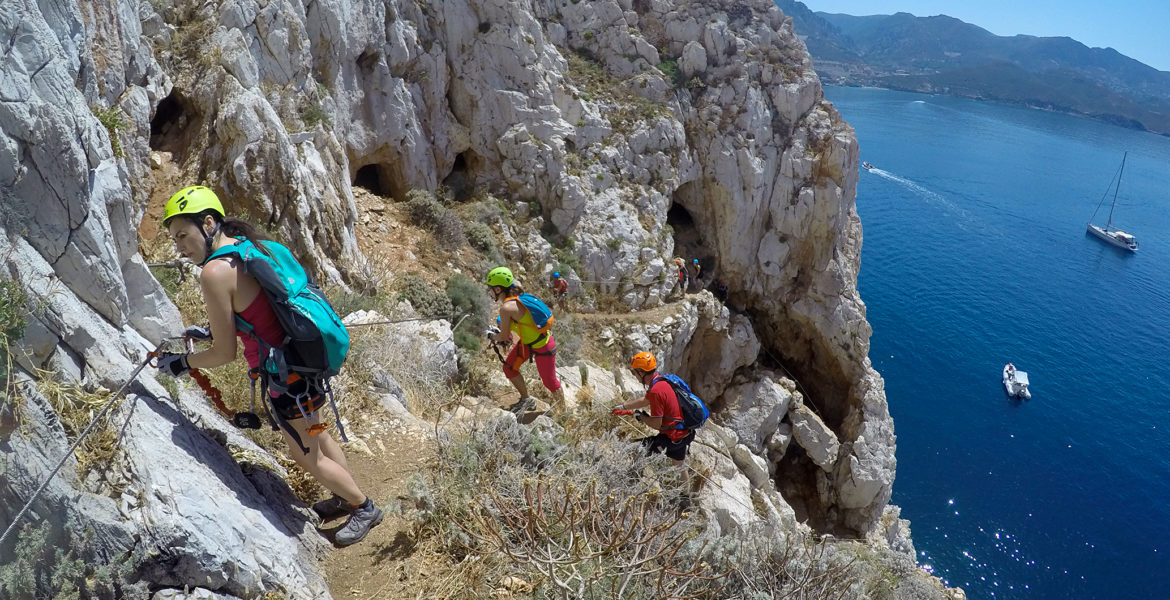 The stack called Pan di Zucchero (Concali su Terràinu) is an imposing limestone cliff that makes a magnificent view in front of the stunning cliffs of Masua (Iglesias).

It is a rocky cliff with some vertiginous sheer walls that protect it like the walls of a castle with an altitude of 133 meters a.s.l.

Many decades ago miners climbed on its walls to exploit a small mineral deposit while only a few years ago the track was equipped with protection and improved by the construction of the via ferrata.

The via ferrata route is very simple and does not pose particular technical difficulties. However, the uniqueness of this route – in addition to the fact that it literally sticks out in the middle of the sea – includes a boat ride in order to reach the via ferrata.

The excursion lasts approximately 2 hours, plus the transfer time by a rubber dinghy and can be organized with a minimum of 6 people. The participation fee is 45 euros.

The participation fee includes the loan of the gear but does not include the cost of the transfer by boat.